Man Convicted for Shooting at Officers

Tony Lane pled guilty in Superior Court to six counts of Attmepted Murder, six counts of Assault with a Deadly Weapon on a Law Enforcement Officer, and six counts of Assault with a Deadly Weapon with Intent to Kill, from his shootout with six deputies from the Rutherford County Sheriff's Office in December 2016. Thankfully no law enforcement officer was injured, although Mr. Lane suffered extensive permanent injuries including paralysis. He was sentenced to 10 to 13 years in prison. Below is The Daily Courier's report, written by MacKenize Wicker. 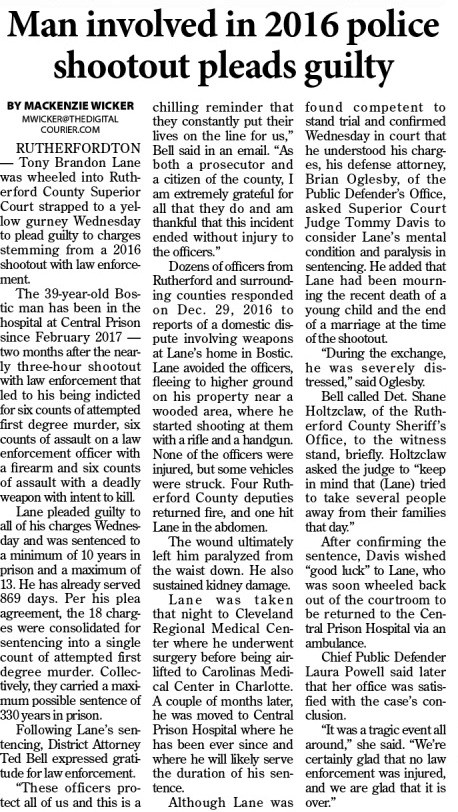